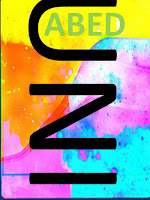 Posted by chris macrae at 10:59 AM No comments: 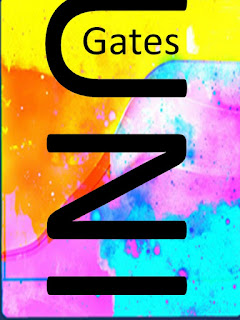 bill gates is ranked near to the west's greatest giver in money and probably the most in money and his and melissa's time
their foundation seems to be extraordinary at two movements- searching out solutions that can scale elsewhere- looking for holes i urgent system challenges- much of vaccine logistics during corona crisis has needed gates connections and ensuring that gavi is trusted by hundreds of cultures
bill gates became one of sir fazle abed's great co-learners from 2005 - bottom up health, and fintech from about 2014
it took gates quite a long time to find these deep solutins to extreme poorest, and it is probable that he was first introduced to abed's solutions by jim kim who had himself spent a lot of time searching for eg bottom up tuberculosis solutions
(when it comes to education solutions. bill gates does not seem to overlap with fazle abeds deepest innovations)
alternatively sir fazle says that one of the first silicon valley people to encourage up of the unique contributions bangladesh could transfer to the world was the wife of steve jobs
complicated are connections with microsoft ai- while some wonderful ai opportunities could be realised havent heard the gates' talking independently about ai though melinda clearly contributes to some pars of un's understanding of digital cooperation
x
Posted by chris macrae at 7:44 AM No comments:

you don't need to be able to do the maths of these 3 greatest of human intellects to be informed by their discoveries; i would go as far as to say in this tech age that any teacher, of 10+ or member of government who isn't informed should consider another job
turing has one huge significance - he proved a particular way in which the human mind will always be ble to innovate what computers cannot- today the analytical capacity of most smart devices may be greater than your brain especially it can be connected to any number of other digital brains
but turing proved that a computer can never know what data its looking at in such senses as it is whole or partial; could data be connected at a more detailed level ; turing also proved why recursion enables humans to improve learning cycle after cycle in a way that computers can never qute match
turing's findings dovetail nicely with einstein's most general finding- einstein proved that when scientific man says there is noting left to innovate he means unless we model interactions at a smaller/deeper level than our measuremnts approximated
einstein alsohad models on exponential consequences which led to his famous letters with gandhi- their gist if the human race is to survive one day all leaders will need to long-term and trustworthy like gandhi
einstein also had comments about western education - why dont we give kids any experience in team work and collaborating which in the 21st century will be far more important than competing and soiloising
=============
von neumann is one of the most interesting human stories i can imagine - i am biassed my dad norman macrar wrote the bio of von neumann
neuman was born in budapest hungrayin 1903 dying in usa 1957- he spent just under half his life in usa arriving 1931- you can split his american life nto two halves; up to 1945 he became the man america relied on most to develop nuclear; he spent in last 12 years to 1957 doing perhpas 100 years of work- his immediate legacy was the moon race and the programable computer's start up of 2 artificial intel labs- one pacific cast facing out of stanford the other atlantic coast facing out of mit
when nearly 200 nations met at the san francisco opera house to give birth to the united nations in 1945 the chances for species survival looked poor; by 1957 von neumann had linked together tech that gave humans hope all over the world
Posted by chris macrae at 9:29 AM No comments:

British Version of Khan Academy born 1972
On my 21st birthday I first became aware of UK National Development Project for Computer Assisted Learning (after MA in statistiocs from Corpus Christi Cambridge, epicentred around university of leeds it was my first and most fun employer

What did we learn about futures of what?
Note that navigating the timeline of spending 4000 times more on global commns tech (2030 versus 1946) the period 1972-1976 straddles 4th and 5th seven-year period of doubling of spend on global (death of distance communications technology) ie only 16 times to 32 times

Between 1976-1983 more interviews with leaders from every hemisphere convinced us:
doubling of spend on global communications would go on through first quarter of century of 3rd millennium

Posted by chris macrae at 12:30 PM No comments:

networking news with thanks to youth reporters at www.economistuniversity.com Education Commission - most exciting report on education to be issued UN NY 18 Sept

YC
Previously known as scotland rising, this co-blog celebrates the purpose of economics founded by Adam smith to optimalise sustainability and every being's livelihood

James wilson 1843 founded The Economist to media sustainability of youth through industrial revolution, by 1972 The Economist started searching for pro-youth leaders of- the third millennium twist that (1948-2018's) spending 1000 times more on worldwide communications - leads to valuing exponentials for a borderless world faster than being chained by orwellian big brothers -will we value the futures of youth, poorest and women in time to celebrate sustainability of 7 billion beings across all hemispheres?

before 1946. (starting 1843 missionary and diaspora scots launch free kirk and The Economist linking in 175 year long race to end poverty)