afore ye go to or from glasgow cop26 november may we ask you: to help celebrate the greatest asian alumn scottish universities have ever had the good fortune to grow -

Glasgow cheers amazing youth  consider 65 year action learning curve of teen Fazle Abed who travelled from far north east corner of the old british raj (then East Pakistan:17 years later to be reborn Bangladesh) to Glasgow engineering lab where Adam Smith and James Watt kickstarted age of humans and machines in 1760s; Abed graduating in 200th alumni class went to royal durch shell oil- the british netherlands oil giant headquartered off fleet street in london- he rose over 12 years to become regional ceo for his homeaLnd- there a cyclone killed a million people all around him in 1970- this changed his purpose in life- as did an independence war/refugee crisis killing another million people 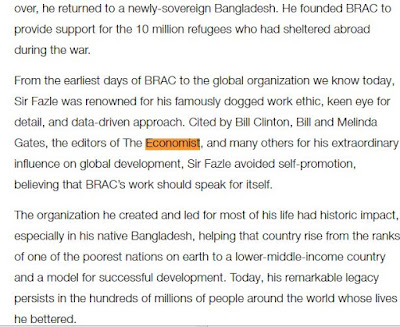 as did famine killing another million; fazle abed solutins networked by village women are one of the 2 most likely reasons that a billion asians designed their own markets to end extreme poverty; throughout 50 years as agent of women end poverty chinese village women shared most solutions with abed not as a political thing but out of the necessity of needing same development solutions - if you want to explore how a billion women cheered on sustainabilit goals youth - contact vincent chang vice chancellor of brac university who fazle abed appointed to share solutions with a first 50 university who wanted their students to linkin with each other - this raises the question 2 years after his death what would fazle abed be asking the younger half of the world to action next

hope everyone is staying safe... could one of you join a zoom to explore urgent collaboration challenges like these?... we are trying to discuss IF 2021 =youths last best chance year for becoming sustainability generation